SoundDive is the result of a collaboration between the Center for Art, Design and Technology (CATCH) in Elsinore and AIR LAB at the IT-University of Copenhagen. The installation is an auditive augmented virtuality experience of a science-fiction soundscape. The soundscape represents what the deep sea around Elsinore could sound like in the not too distant future. When entering SoundDive, users encounters the buzzing of internet cables along the seabed and drones speeding by them as they explore and interact with the soundscape by moving around the room.

The project was an experiment in how sound could function as the main modality of mixed reality experiences. The current field of Mixed Reality often has a focus on visuals as the core modality of experiences – as is seen in Virtual Reality and Augmented Reality. The interface of SoundDive is not a screen or a head-mounted display, but a pair of wireless headphones. The headphones are mounted with 3 infrared diodes, which are tracked by a Kinect suspended overhead. The tracking of the users movement in relation to the soundscape is done in processing and Ableton Live is used for audio playback to provide high fidelity sounds that reacts in real-time to the users movement. 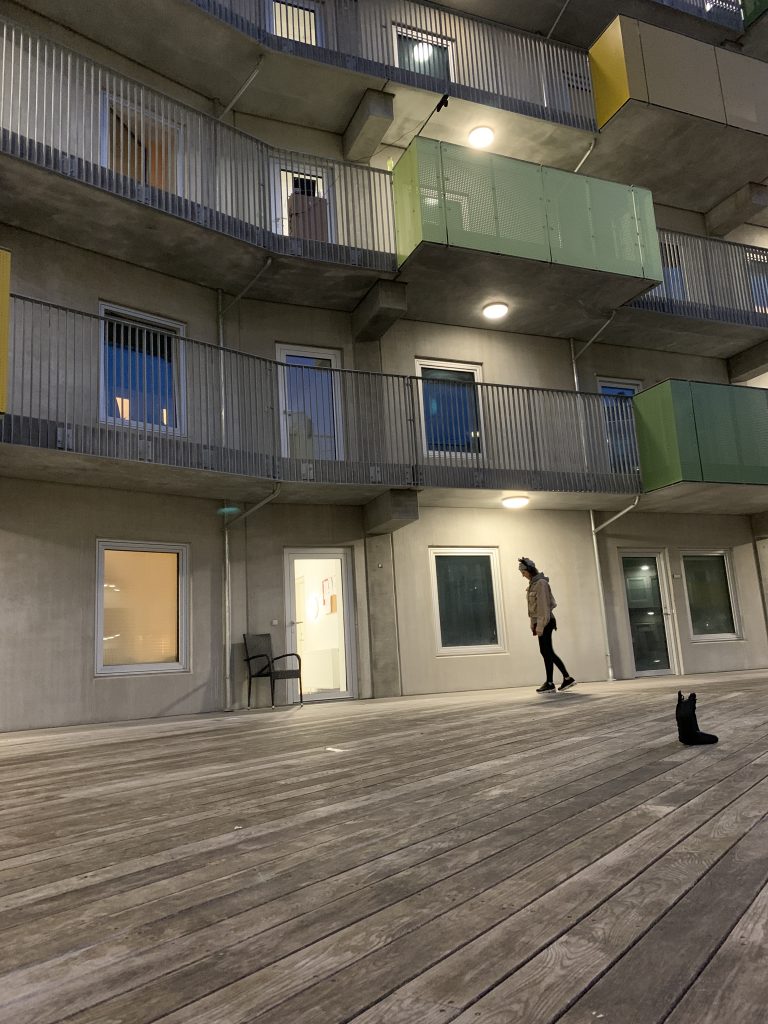 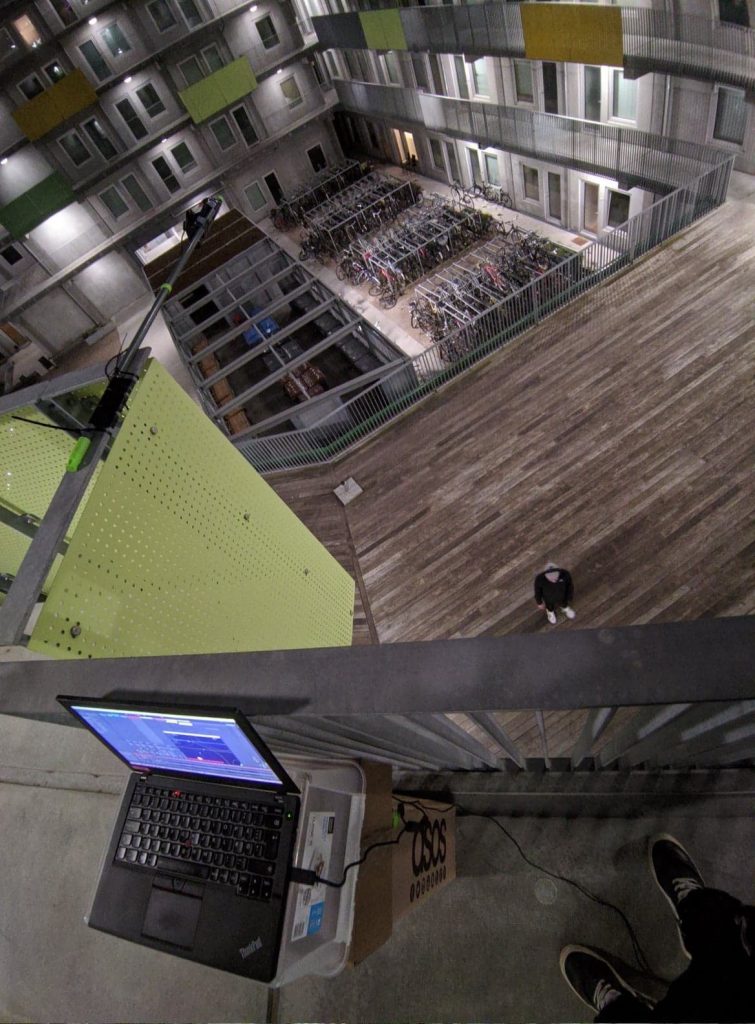 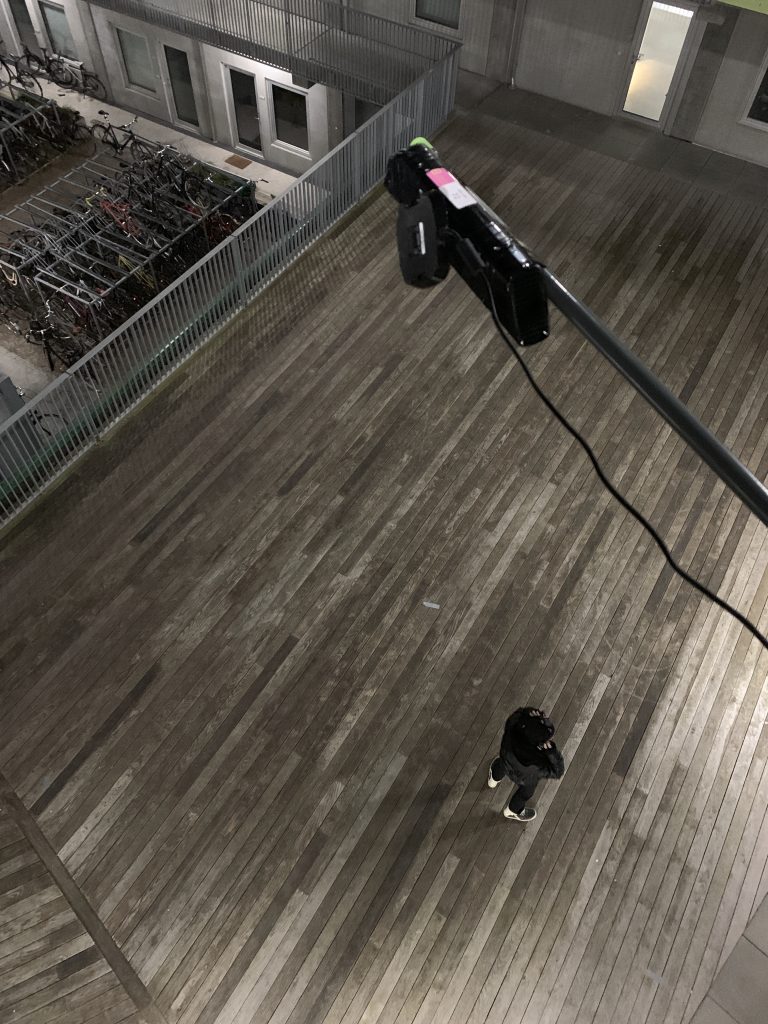