Arduinos are open-source programmable micro-controllers, which can be used to make custom-made electronics projects. The Arduino micro-controller is programmable through its built-in IDE, and often used in combination with sensors (inputs) and actuators (outputs) to respectively measure and affect the environment in which the Arduino is placed. The Arduino environment is considered one of the go-to frameworks to start building programmable and interactive artefacts, because of its relatively easy learning curve, its extensive documentation, its countless code examples and large community supporting it.

This is a basic kit. We have also have an intermediate kit with more sensors and actuators included, for slightly more advanced projects.

Getting started with Arduino UNO
What is an Arduino? Extended guide
Tutorials from Arduino
Arduino Reference overview 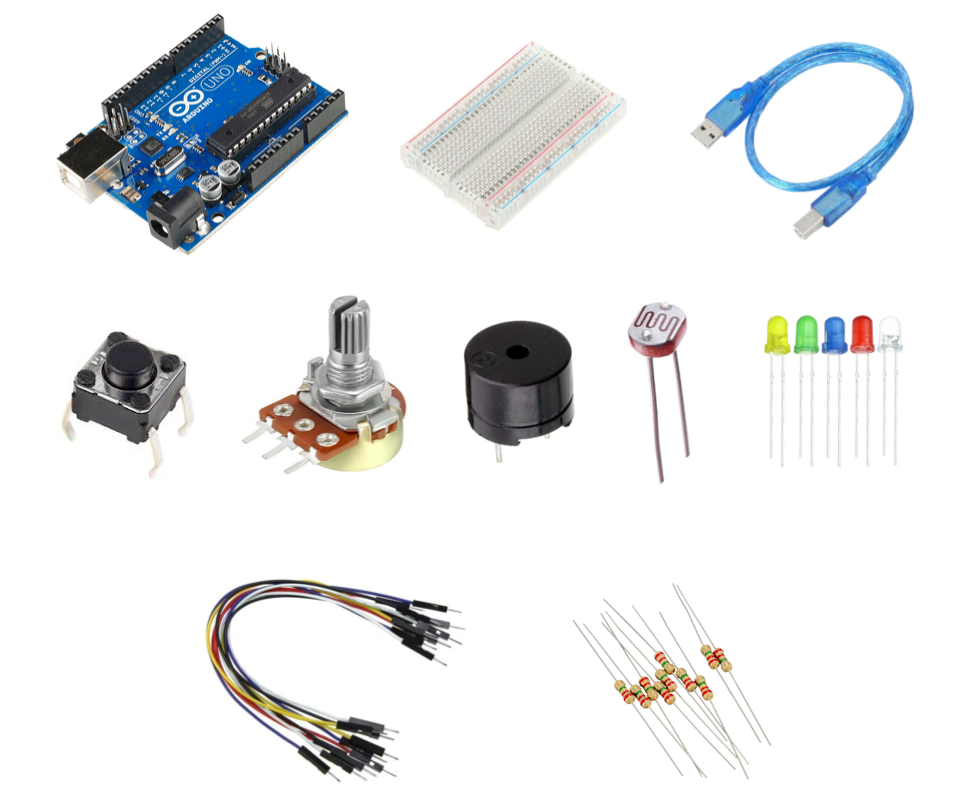